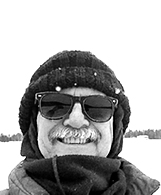 He is the author of Nanomedical Device and Systems Design: Challenges, Possibilities, Visions published by CRC Press.

Frank is currently working on two further books: Nanotechnology, Nanomedicine, and AI: Toward the Dream of Global Health Care Equivalency and Molecular Manufacturing: The Emergence of the Grand Equalizer.

Nanotechnology, Nanomedicine, and AI: Toward the Dream of Global Health Care Equivalency will explore and articulate an expanded vision for where advanced nanomedicine may lead.

Molecular Manufacturing: The Emergence of the Grand Equalizer will be a comprehensive companion text to Nanotechnology, Nanomedicine, and AI: Toward the Dream of Global Health Care Equivalency. It will explore the concepts and technologies behind the potential emergence of advanced Molecular Manufacturing (MM), while articulating how its potentially immense power may touch and positively transform practically every facet of human endeavor, while driving global scale environmental remediation.

Both titles will be released by CRC Press. 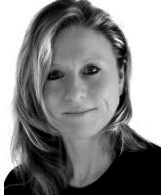 Multiple interests and professional-level skills. Lawyer, photographer and cinematographer, her passion is cinema.

Amanda runs NA like a film studio. The talent – some of the brightest minds worldwide in medicine and nanotechnology and AI – are funded and she oversees the development of each project thru to marketing or exit, depending on the project.

She will be contributing a chapter to Nanotechnology, Nanomedicine, and AI: Toward the Dream of Global Health Care Equivalency. In the chapter the role of the Web and social media in developing, funding and marketing futuristic Nano and AI technologies will also be explored. 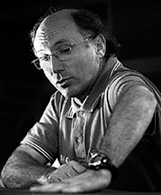 Dr. Sabino Padilla is a Sports Medicine Specialist. He is the former Sports Physician for Tour de France Olympic Medalist Miguel Induráin and European and World Champion Marathoner Martín Fiz. He is also the former Medical Officer for Saski Baskonia.

MD, PhD in Medicine and Surgery

Bachelor of Medicine, University of Valladolid 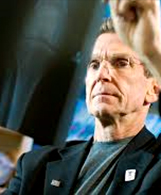 Dr. Jack Taunton was invited by the International Olympic Committee to Switzerland to share his methodologies with medical officers in 2018.  He was an Olympic Oval Wall of Fame Inductee (Special Achievement) (2018) 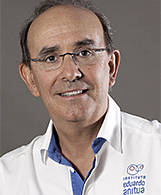 MD, PhD in Medicine and Surgery. Specialist in Stomatology

President of the Eduardo Anitua Foundation for Biomedical Research

He combines the scientific research with the private clinical practice, as well as leading the UIRMI of the University of the Basque Country and the Foundation that bears his name.

You can find out more about which cookies we are using or switch them off in settings.

This website uses cookies so that we can provide you with the best user experience possible. Cookie information is stored in your browser and performs functions such as recognising you when you return to our website and helping our team to understand which sections of the website you find most interesting and useful.

Strictly Necessary Cookie should be enabled at all times so that we can save your preferences for cookie settings.

If you disable this cookie, we will not be able to save your preferences. This means that every time you visit this website you will need to enable or disable cookies again.